How Stephen King Saved My Life

To know me is to know I’m a Stephen King fan.

It’s no secret that I love the man’s stories. Trying to choose a favorite would be no easier than picking a favorite pet. There are certain books of his that I tend to turn to the most in times of distress but at any given time, I’m reading at least one Stephen King book.

What am I reading right now? Full Dark, No Stars. Again.

Every year in the fall months, I eagerly look forward to the latest King book. This year it’s 11/22/63. From what I hear, it’s another monster like Under the Dome but I don’t care. Personally, I prefer the luxury liner experience of a good, long read, one I can really immerse myself into instead of the typically encouraged 80-100,000 word book. These books dwarf my own “Learning To Fly” collection but I have my own massive stars on the way.

The Dark Layer, my upcoming book, ended around 155,000 words. The writers I know screamed that it’s too long. But whenever I ask readers what they think, they don’t seem to care. “If I don’t like a book,” a friend told me once, “then I’ll put it down and it won’t waste any more of my time. But if I do, then I don’t want it to end. So how is being long a bad thing?”

Anyway, I’m getting off target. King’s the man and I’m one of his biggest fans. At eight years old, my horror book virginity was popped by Christine. Eight is rather young but I’m glad I was young when I started adult books. If I had children, it’s something I would encourage for them as well. But these were more than just books with interesting characters and crazy stories. These books were escape hatches.

My childhood was rocky, and being an only child, I had no one else to talk to about what was going on. Few friends and no family that gave a damn so my books became my refuge. Christine, Cujo, The Dead Zone, The Shining, Pet Sematary, and Firestarter were my friends. Actually they were better than friends because not only did I learn from them but they never broke my toys or told lies about me behind my back. The best part? They were always, always there. No phone calls, no embarrassing admissions, no judgments. Just companionship.

I write ebooks now. Currently, I’m outlining a book called “Rainbow in the Dark” and what I hope to accomplish with this book is the same thing that King’s books did for me. I want to provide companionship to someone else out there that might be going through a tough time. I want to give them advice on how to stay strong through trials and tribulations they may be living, or surviving. Most of all, I want to give them hope. Because it can get better. Will get better.

It really makes my day when someone enjoys what I’ve written. Here are a few  words on my short story collection, Learning To Fly:

“Penn tells a series of unrelated stories with a single fascinating, but horrifying theme: death.”

“…this book draws the reader into many ways people experience death…”

You can read the entire review here:

If anyone is interested in reviewing my book for their blog or periodical, please feel free to contact me and I’m happy to provide you with a copy.

Why Learning To Fly?

A few people have asked me why I named my short story collection “Learning To Fly”. This is a fair question. The title doesn’t describe the central theme inside and it’s certainly an odd title for a book. Surely there are other names, better names, that are more befitting of such a collection? 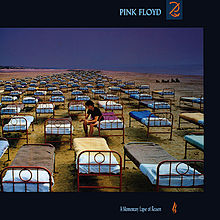 Yes, there are. But this title has a certain meaning to me and it isn’t only because I’m a Pink Floyd fan and LTF happens to be my favorite song by them, even though it is. In part, perhaps, but not all.

Ever have a clear memory of childhood? I was 11 years old when “Learning To Fly” was released to video and that was around the age I began writing real stories with real people as characters along with an 11 year old’s definition of substance. It was also the year that Aliens was at the movie theatre and a young Gina Penn began a serious interest in horror as her favorite genre. My clear memory is of me sitting in my living room, watching MTV (back when MTV was worth watching) and seeing this video for the first time. I was writing a story, scribbling it with a pencil on spiral-bound notebook paper when this video caught my eye. It opens with a handsome young man cutting through vast fields of wheat with an enormous sickle. The young man spies a small plane coming toward him and stops. Stopped as I did when I first saw him.

The images of the video are quite powerful. Strong winds blowing tall stalks of wheat. The elegance of the plane as it glides over the man’s head. The peculiar dancing Native American. And the notion that if the young man wants it badly enough, he can jump off a cliff, and fly.

The words to the song are more powerful than the images. They meant something to me as an eleven year old child and have resonated with me throughout the years. The song is about beginnings, the start of something new and exciting.

A fatal attraction, holding me fast, how can I escape this irresistible grasp?

This is what my book, Learning To Fly, means to me. It is my first shaky step into an unknown so ominous that once you go in, you won’t find your way back.

No navigator to find my way home. Unladened, empty and turned to stone.

The writing process is similar to this song. It’s filled with wonderful highs and abysmal lows. The hours are long and the work is stressful. And even when you think it’s perfect, you later discover you’ve missed something; a key sentence, an awkward word, a plot hole.

Ice is forming on the tips of my wings. Unheeded warnings, I thought I thought of everything.

But, as writers, we soldier on. We keep writing. We do it for the love. For me, this song encompasses how I feel about my process, not just with this book but with all my stories. And no matter what, my sights are set for the clouds. Not to go through them but to fly above them.

There’s no sensation to compare with this.

Suspended animation, a state of bliss.

Can’t keep my eyes from the circling skies. Tongue-tied and twisted, just an earthbound misfit, I.