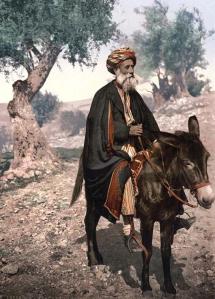 As they continued, they rode past more people in the town. The people remarked what a shame it was that the old man was making that poor little boy walk as he rode on the donkey. The old man and the boy thought their critics were right, so they decided that they both could walk.

They continued and as they passed more people, they heard remarks about how silly it was that both the man and the boy were walking when they had a perfectly good donkey to ride. The old man and the boy decided they were right so they both rode the donkey.

As they rode through the town, more people said how sad it was that the poor donkey was being made to carry such a load. The boy and the man thought they were probably right so they decided to carry the donkey. But as they crossed a bridge, they lost their footing and the donkey fell into the river and drowned.

The moral of the story? If you try to please everyone, you’re going to lose your ass.

It is a misconception to assume that an indie writer doesn’t work hard. On the contrary, we work extremely hard.

That’s not to say that all indie writers work hard. We’re no different from traditionally published writers. There are those who work very hard and those who do not. Since storytelling is so subjective, it is almost impossible to judge who works harder than who. There is no yardstick to measure who’s been spending time molding their craft into perfection and who simply dabbles, which, to the lazy writer, can make writing for a living seem like a pretty sweet deal. Sure, we have the Chicago Style Guide and the dictionary to tell us who’s getting it technically right. But is the English language really so technical? If we lived in England, I would be inclined to say yes. But we don’t, at least I don’t, and my English language has a scruffy charm that I expect to come out just right in the books that I read. If it doesn’t, I put it down fast.

Technically right all the time  =  boring! If I wanted to read something that didn’t take any chances, I’d read an instruction manual.

Lately, I’ve been spending quite a bit of time reading indie books. Some are great and some not so great. For me, there are a lot of reasons why a book might not be so great. Maybe the story is unoriginal. Maybe the characters aren’t becoming meaningful to me, maybe the conflict isn’t resonating. I can ignore a few grammatical errors, passive voice, and bad commas without it interrupting the flow of the story. But these problems are not solely an issue with indies. I’ve found that the more indie books I read, and the more I compare them with gatekeeper books, that I prefer the indie characters over the ones that the gatekeepers let through.

Why? Because indie authors can take chances.

Their characters are rich and unsupervised. Unfiltered and unsung. Their voices are real. Pure street poetry. Greatness has to start somewhere and it isn’t as meaningful if it begins institutionally. I won’t deny that some of the greatest literary characters ever written were traditionally published-of course they were-but I often wonder what they might have said had they been allowed to say it.

Would you rather see a sunrise on a movie screen or does it pack a bigger punch when viewed in real life in raw nature?

This isn’t to say I completely shun structure and correctness. There are a lot of things that indie writers can be doing to up their game. I’m not perfect either, not by half, but I’ll do everything within my power to get it right the first time.

As the tide starts to turn and indies are viewed in a more positive light by those that choose to trudge the traditional path, (what’s so abhorrent about indie musicians? or indie movies?) we will face quite a lot of tyranny from the other side on our way. There’s room for all of us in this ocean of a book world. So you go ahead and make money.