I was popping around the interwebz reading some blogs, looking for some cool posts about October and all the scary fun that comes along with it, when I stumbled upon Amanda Hocking’s Zombiepalooza blog posts. I don’t ordinarily read her blog but it’s interesting to keep up with all the hoopla surrounding her and her work and keep tabs on what’s happening in the industry.

She offered a guest post by Robert Duperre and it was called “Top Ten Horror Movies of All Time”. I started reading this list and initially, was pretty impressed. The list began with “Hellbound” one of the greatest horror movies ever by one of the greatest horror authors ever (Clive Barker), and even though it was a great way to start off the list, I didn’t really feel it deserved to be number ten. Especially when I began reading further down the list.

I got partway down the list and saw Alien, American Werewolf in London, and Rosemary’s Baby and was still happy. But then I reached number six: Videodrome? Really? This movie beat out Alien, Hellbound, and Rosemary’s Baby? Really? Yikes. Now, I will admit that I’ve never seen this movie but even if it’s really good, I somehow doubt it’s better than the previous films mentioned.

Then it got worse: Frailty? This one I have seen and it’s definitely not better than the previous films. Except maybe Videodrome (which I will watch and if I like it I will be happy to edit this blog).

The number one was Dawn of the Dead and while it’s not a bad choice for number one, I argue whether or not it’s really the “The Greatest…”. No disrespect to Romero fans-I am a Romero fan and love this movie-but number one? Of all time? Not sure about that.

This list really missed out on some great movies. She began the blog by assuring us that there are no “slasher” flicks in the list, and there weren’t, but the tone of that statement struck a chord with me. Why not? What’s wrong with slasher flicks? Slasher flicks, while they might not be believable or fantastically done movies, are still the backbone of the horror movie industry. Look at Nightmare on Elm Street. It’s a hugely popular and successful franchise. The 2010 remake actually wasn’t bad and starred Jackie Earle Haley as the main shredder and he is an extremely fine actor. It also starred Rooney Mara of The Social Network fame and also the highly anticipated upcoming Girl With the Dragon Tattoo. My point is good actors, decent movie. 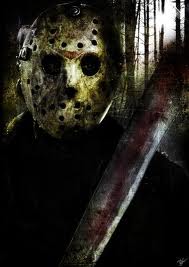 And we can’t forget the Friday the 13th franchise. Nothing can kill Jason Vorhees, not even Batman and Chuck Norris together with the A-Bomb. I grew up watching this man slice and dice his way through all the camp’s sluts and fell in love with the sounds of “chhh, hahahaha” whenever Jason was near. Gave me chills then and still does to this day. Jason is the king of slasher fright and no one can claim to look at a hockey mask and not think of him. He not only rules horror but has permanently branded every hockey goalie in his image. That’s pretty powerful stuff and deserves respect.

I’m not saying that every franchise is good (anyone remember I Still Know What You Did Last Summer? We can effectively thank Brandi for screwing that up) or every slasher deserves respect (no matter how many people he kills, I’ll never respect Leprechaun). But the ones that stand the test of time say something about the fact that even though these movies aren’t smart horror, they still deliver and resonate with us. And if you’re in the mood for a thrill, they never disappoint. Slashers are simple minded in their pursuit to do the one thing they want to do: kill a bunch of people. If you’re a true fan of the genre, you have to admit a little piece of you loves slasher flicks.

I can at least bet that they’re more fun to watch than Videodrome. Sheesh.

For the month of October I’m going to blog about some of my favorite horror. I’m going to include film, books, and t.v. There’s some great content out there right now as well, with Dexter back on the prowl, the upcoming American Horror Story, and The Walking Dead soon to air.

Why are you screaming when I haven’t even cut you yet? ~~Freddy

It really makes my day when someone enjoys what I’ve written. Here are a few  words on my short story collection, Learning To Fly:

“Penn tells a series of unrelated stories with a single fascinating, but horrifying theme: death.”

“…this book draws the reader into many ways people experience death…”

You can read the entire review here:

If anyone is interested in reviewing my book for their blog or periodical, please feel free to contact me and I’m happy to provide you with a copy.

This review resonated with me. 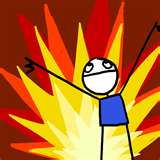 I received a really good review by Kara Malinczak this morning. Here’s the link:

I’m really excited about this!